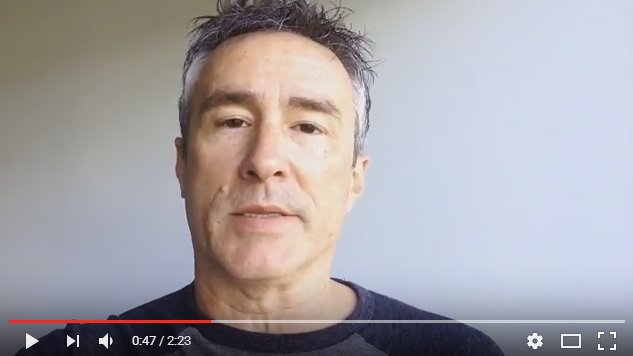 I have been trying to stay focused on and coming from a place of, ‘How Can I Serve?’ instead of ‘What am I going to get out of this?’

Recently a man stopped me in the parking lot of Wal-Mart and asked me for money. I told him I didn’t have any cash but he pointed at the McDonald’s sign inside Wal-Mart and asked what about McDonald’s? I realized that instead of wanting cash to possibly spend on something other than food, that he really did want food for him and his one-year-old daughter. I said okay, sure.

As I started walking towards the store he asked if he should come with me. I said yes, you should. I

continued walking but noticed that he was lagging. I realized that he was having a hard time walking so I stopped and gave him my attention. He said, I have bad legs man. I asked him his name and shook his hand and treated him like my friend.

As I stayed focused on ‘How Can I Serve?’, I proceeded to order him and his daughter each a meal from McDonald’s. Chicken nugget happy meal and 1/4 pounder supersize meal. The total came to around $14. I shook his hand again, called him by name, said God Bless You Lamar and I gave him the receipt and made my way to the optical department.

I had some complications with my vision insurance but everything worked out and I was able to order some contacts for the year. The funny thing was, several months ago I was sitting in that same chair and didn’t have approximately $14 that I needed in the moment to purchase the contacts with my insurance plan.

I realize how grateful I was to be able to buy Lamar and his daughter some food that came out to around the same amount that I didn’t have for myself and my needs just a few short months prior. These are the little miracles I experience today as I move in a state of mindfulness (non-judgmental awareness) and practice ‘living in the moment consciousness’.

How Can I Serve?

During that time of things being extremely tight money-wise, I was committed and I was willing to do whatever it took to finish my book, Living in the Pause, and share a Message of Hope with anybody and everybody that was ready to hear it. The blessings that come from staying focused and asking myself, ‘How can I serve?’ instead of, ‘what am I going to get out of this?’ have made huge improvements in my world and everything in it.

I now suggest everyone to try to come from a place of serving instead of need or desire for one’s own self. It creates a different and blessed foundation to walk on. As I consistently pray to be removed from the bondage of self, the peace, joy, and satisfaction are immeasurable.